One day you may run into a situation when you need to import data from a database which is not on the list of officially supported data sources for EasyMorph. Don’t give up too soon! If the database has an ODBC driver (64-bit), you may still be able to pull data from it, even if it’s not supported officially. Here is how you can do it:

Configure the ODBC driver, and make sure the connection works.

In EasyMorph create an ODBC connector and choose the “Generic SQL:2003” dialect. 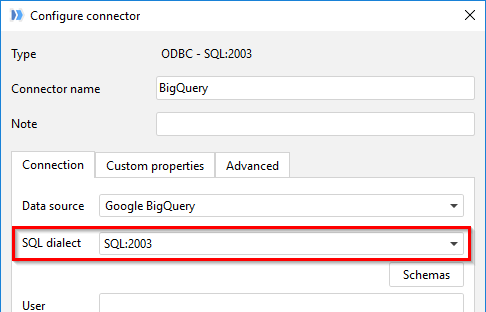 In the Query Editor: 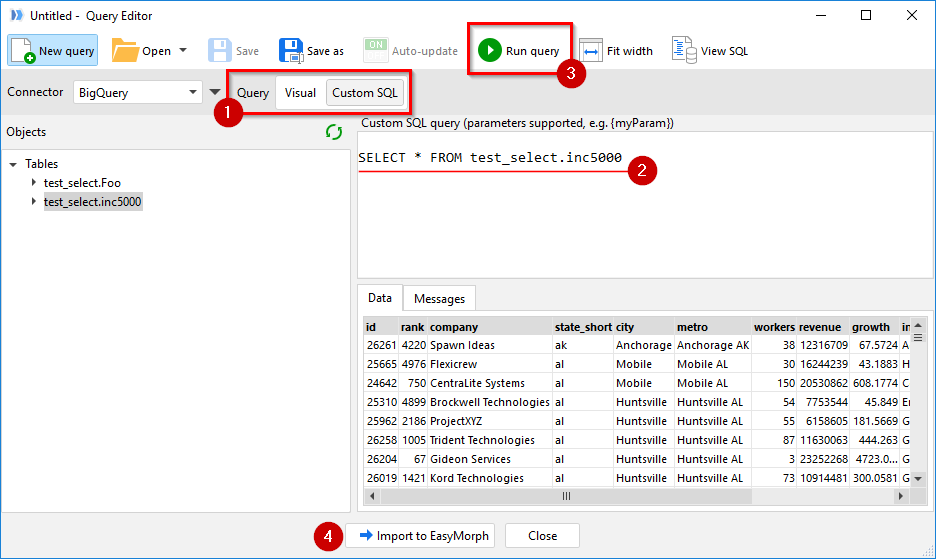 In the screenshot above you can see a working query against a Google BigQuery table (which is not on the list of supported data sources). Feel free to write in the comments if you managed to successfully import data from other unsupported data bases using the method described above.

We’ve added a new SQL dialect - “Other SQL” exactly for the case of querying unsupported ODBC data sources. So now choose “Other SQL” instead of “SQL:2003”.

@dgudkov would this work for using odbc drivers from companies such as cdata? This would allow us to interface with many other systems programmatically without having to use the web request feature.

@Shaheed_Fazal, it should work with any 64-bit ODBC driver.

I think I suggested it several times, but could anyone explain to me how to install 64 bit ODBC drivers and connections? I don’t get it…

When I go to ODBC 64 it on my computer I get the following. I only have 1 driver I can install (SQL-server). I need to connect to DBF-files using ODBC but I don’t get it how that should work ?

A tutorial should be very useful. I do not directly understand the obscure webpages about ODBC… It remains a mystery to me :). 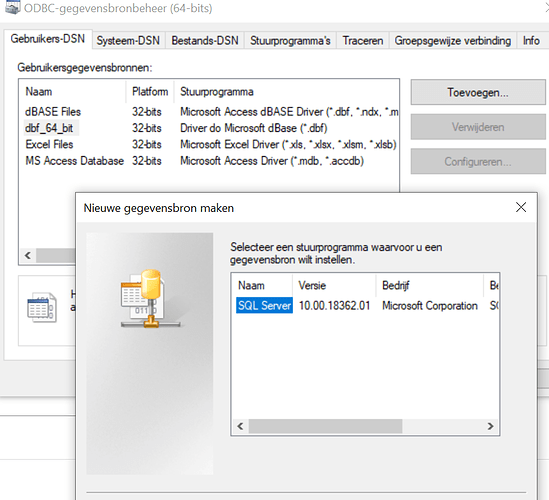 64-bit drivers are provided by vendors, not EasyMorph. We can’t really point to a specific driver for reading DBF files. I’m not sure if the vendor (Microsoft?) offers it or not. There could be 3rd-party drivers for DBF files but we can’t comment on or recommend any. How an ODBC driver is configured is defined by its vendor, not EasyMorph. EasyMorph only requires the name of an ODBC connection configured in Windows. EasyMorph doesn’t deal with anything else but the name.

Ok thanks for the info !

I searched on converting dbf-file to csv with powershell but I did not find a good resource yet. I don’t know if its possible actuallt. Currently I use an R-script using the foreign library but it’s another dependency that I want to avoid. If this would be possible in powershell the integration in EasyMorph would be nicer.