Launching SQL in query view does not work properly

When I launch a query in the query view, I do not get the stop button…
In the figure below is a query that has been launched but the play button remains. 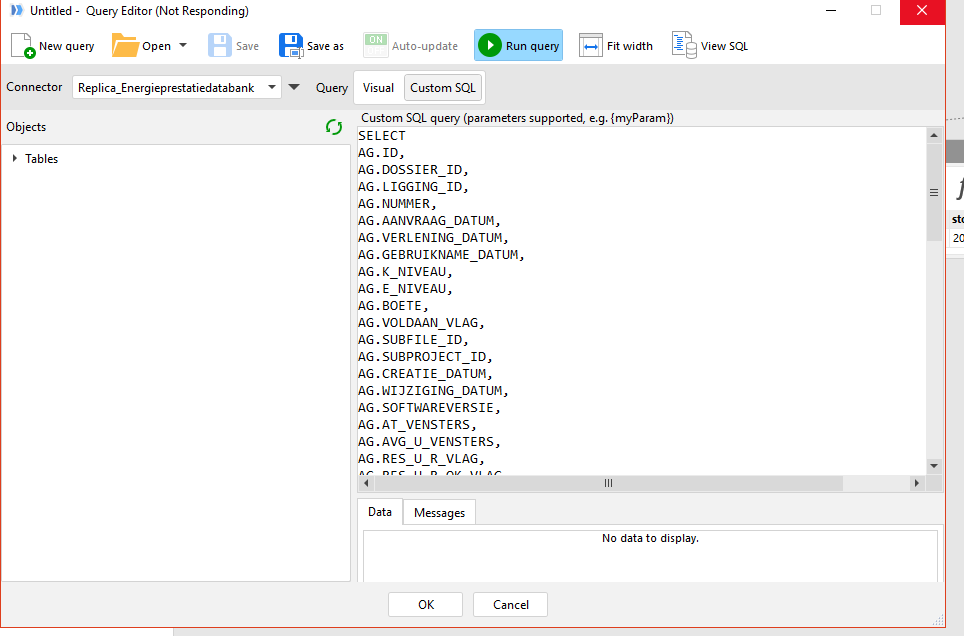 It doesn’t seem to be running. Check the Messages tab - it might have error messages after the query is finished.

I think it blocks when launching a big query. It blocks immediately after launching the query.
When I set a row limit in the where clause, I can see that the button switches.

The bug is confirmed and will be fixed in v4.1 to be released in a few days.