Hello,
I converted a FileMaker database into easymorph.
I trying to have in EasyMorph table A02_MOUVEMENTS a new value from a multi criterions request.
EM Lookup could have only one critere. Calculate a new key column could work only if i have = in where clauses.
Regards, 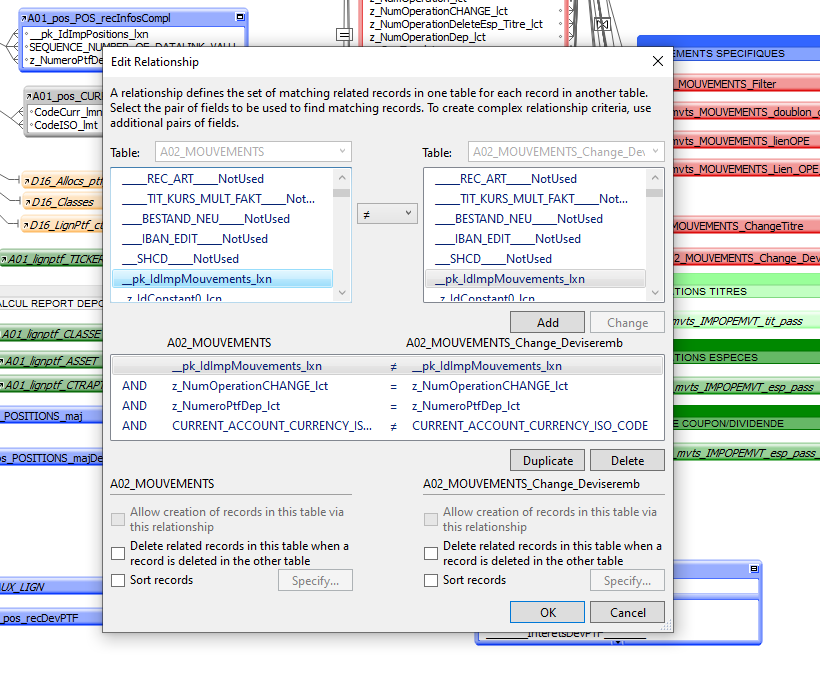 The key columns that “not equal” should be merged as not key columns. Then use the “Filter by condition” action to remove rows in which the “not equal” columns are not equal.

Thanks Dimitry,
I think it’s not exactly the case, i didn’t want to remove rows with not equal column and i didn’t know the not equal values by advanced.
it’s Something like the action “Calculate new column(s)” on every rows of my table based on something like an sql query

Between hook this is the value of current EM row.

The example I provided does exactly that, I don’t see any difference (am I missing something?). Except, if you don’t want to remove rows but instead remove values, you can just modify the column to do exactly that using a similar condition.

If that still doesn’t work for you, it would help if you provide sample data and expected merge result.

Thanks a lot for your time dimitry,

Perhaps I missed something in your file.
In attachment, this is what i want to achieve.

How about this modified example below?