Error in KeepRemoveColumns Action when published on Server

I am getting this the error that KeepRemoveColumns step is not available when I publish my job to the server.
It was working just fine until 3 days ago, I just downloaded the job to update my Windows credential for the connector as I recently changed my password.
PS: I took care of the versions syncing for desktop & server. 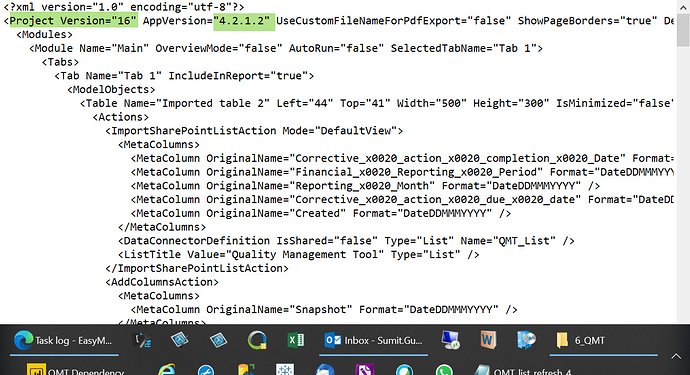 The “Keep Remove Columns” action was added in version 4.4.

Can you please check if the XML code of the project which was used to create the second screenshot actually contains KeepRemoveColumnsAction node?

If it doesn’t - then it’s not the code of the project which you actually executing.
And if it does - please send that project to our support email.

Are you sure that you have KeepRemoveColumnsAction node in the same file which has Version=“16” and AppVersion=“4.2.1.2” attributes of the Project node? If so - is it possible that that file was edited manually?

Thanks for the clarification.