Calculate a new column based on part of source file name

Currently I have a process going, where the source is from excel files with consistent naming format [Project Number - Project Name - Location - Team - Month.xlsx]. However ‘Team’ name varies in length and someone contains dash, sometimes not.

Each excel files contains a list of candidate names.

Just wondering if there is a way for me to do this?
Thanks in advance.

If the team name always starts from “Team” and the month name is always separated by a dash you can use functions keepafter() and keepbefore() to extract the team name. See the example below: 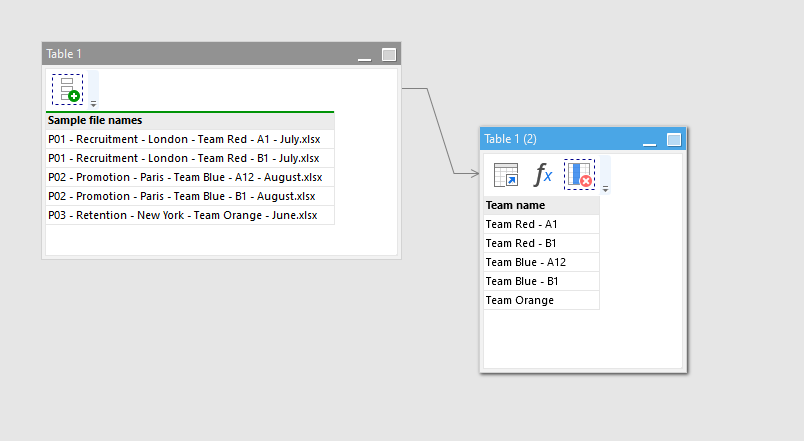